We are a Chartered Nonpublic school private school that holds a valid charter issued by the state board of education and maintains compliance with the Operating Standards for Ohio’s Schools (Ohio Administrative Code 3301-35-12). At the Academy a licensed and caring faculty challenges multicultural, motivated, parent-supported students with a superior and multicultural curriculum. A low teacher-student ratio enhances the positive, caring discipline. This enables an effective approach and affords serious students a great academic advantage.

Strong mathematics and science courses combine with a dynamic, modern library and complement our social and creative arts instruction tracks. Our methodology and guiding philosophy are grounded in traditional values of those who submit to the will of God.

The Academy nurtures Islamic identity and provides academic excellence for our students to prepare them for the future. Together with the community, we strive to raise confident Muslims of character who will serve with Compassion, Integrity, and Respect.

Cultivating excellence in faith and education.

In 1996 a concerned group of parents from the Islamic Center of Greater Cincinnati (ICGC) sought the best way to educate children in an atmosphere of academic excellence. A religious based philosophy of caring discipline and parental involvement guided the efforts and decisions of the group. Their combined personal commitment and strong faith insight led to forming the International Academy of Cincinnati; a full-time, independent, private school in West Chester, Ohio. Mr. Mamdouh M. Abdallah, the late Mr. Ahmed Samawi, and Dr. Baher Foad formed the first Board of Trustees of the Academy when it was registered as a not for profit entity.

The Islamic Educational Council (IEC) agreed to lease approximately 2.7 acres of property located on the campus of ICGC in West Chester, Ohio to the Academy for construction of the school building. The school opened in 2000 with sixteen preschool and kindergarten students in the community center of ICGC, while construction of the school was in progress. Dr. Sardar Tanveer, formerly a tenured professor in the Department of Education of the University of Cincinnati, was appointed principal by the Board of Trustees. Initially, the school held a license to operate through the State of Ohio Department of Human Services.

In the fall of 2001 the new building, which is adjacent to the community center, was dedicated. The new school building had twenty-four classrooms, an art room, music room, computer lab, cafeteria, science lab, and a library. The new school opened with an enrollment of thirty-two students from preschool to Grade 1. The State of Ohio Board of Education granted the Academy a school charter for Grades K-2 in November 2001 as well as a license to operate the preschool program.

During the early years of the school, a new grade level was added each year. By the spring of 2004 the number of students in the school had more than doubled, and the school received a charter for Grades K-8 from the State of Ohio Board of Education while maintaining its preschool program license. helal-elsewedy.JPG (248×220)

Despite continued growth, the school reached a financial crisis in 2006. The Board of Trustees, the IEC Executive Committee, and concerned community members met to discuss how to minimize the growing annual deficit, and the possibility of closing the school. Dr. Foad introduced a proposal from a Muslim philanthropist, Mr. El-Sewedy, who offered to donate one million dollars provided the community could raise a matching amount. The community, with the help of the IEC was able to raise the matching million dollars, and in 2007, the school was renamed El-Sewedy International Academy of Cincinnati in honor of Mr. El-Sewedy, the school’s benefactor.

The school has followed the Lakota Local School District curriculum since its inception, and is working towards implementing Ohio’s New Learning Standards for math, English language arts, social studies, and science. The Academy also offers art, music, creative writing, technology, and physical education; as well as a religious curriculum (Islamic and Qur’anic Studies), and a foreign language (Arabic).

The school board has eleven members and meets on a quarterly basis. The Academy also has a Parent Teacher Organization (PTO) which is open to all parents who have students enrolled in the school. The students, staff, administration, and board reflect the cultural diversity that can be found in the community.

Our Goals and Objectives

All Academy teachers hold teaching licenses in their subject areas to ensure the best qualified teachers who are committed to delivering a quality education to our students.

Many of our teachers hold advanced degrees in education, as well as content area specializations.

Our teaching staff consists of professionals from diverse religious and ethnic backgrounds, bringing the strength of diversity and multi-cultural understanding to our school.

Our Pre-School, Pre-Kindergarten and Kindergarten each have a Lead Teacher and a paraprofessional aide. First through Third Grade have contained classrooms, and Fourth through Eighth Grade classes are departmentalized partially or fully.
View Our Staff 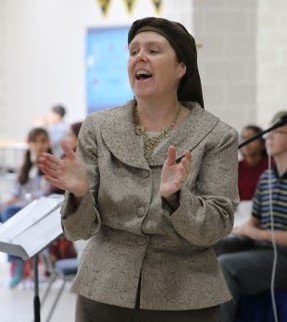 The Academy provides a place for children to grow and learn the skills necessary to be productive citizens while preserving their religious and cultural heritage, developing a unique personal identity.